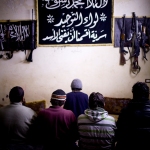 Here’s an extract from my latest project from Syria that should be ready for publication within the next two months.

A dark, starless night wraps its arms around us. We are floating in its deep, black nothingness and only the white reflective lines on the asphalt road caught in the one surviving headlight reveals our movement. We are rapidly being absorbed into the Syrian night, removing our self with increasing speed from the relative normality that comes with the Turkish border.

It’s been a while since we last passed the burning oil drums marking the start and end of cities, all revealing bearded faces of city elders that peer out of the darkness, the red warmth of the fire reflecting in their eyes. They stop us: Who are we? Or more importantly, who are we not? The two people in the front seats are well known faces on these roads so we continue onwards.

Momen and Yahoo are members of the Tawheed Brigade and fights for the revolution. Yahoo is 21 years old and experienced. He used to be a fighter, but due to his technologic abilities, he is now in charge of media and communication. Yahoo is driving the car. Moomen is 16 and carrying the Kalasnikhow. They are best friends.

A few hours earlier, walking down the main street of the Turkish border town Reyhanli, I stopped at a street stall selling army fatigues and belts for ammunition. I had recognized a black nylon vest with pockets on the front and back large enough to hold AK47 magazines and grenades.
This type of vest is the highest fashion among the rebels along with the black headscarves that carry the Shahaada (Muslim declaration of faith) in white writing.

A couple of men come up and look at the headscarves. With their long white robes and full-grown beards they are as foreign as me. They smile and I smile back. They are here to join the rebels and crossing over the border today. They ask me to come with them, but to their disappointment I politely decline and explain that I already have made arrangements. We wish each other safe travels and as I turn the corner I find my Syrian contact waiting for me.

As we approach the border barrier on foot I see a sea of faces through the metal bars marking the end of Turkey. A policeman stands blocking a small opening in the gate, not letting anybody in. We sneak behind a truck and walk up to the guard with our heads down. My friend grabs my arm and starts to press through the opening. The officer barely notices us. He’s too busy keeping the many Syrians out of Turkey to notice anybody trying to get in. Why would he?
This is the first time I’ve been smuggled over a border and I can feel the adrenalin pumping. The contrast of this other territory hits me immediately when we enter…

Stay tuned for the publication of the full story shortly. 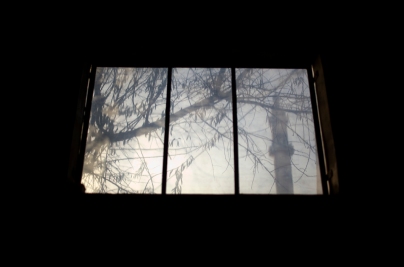 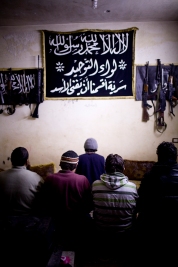 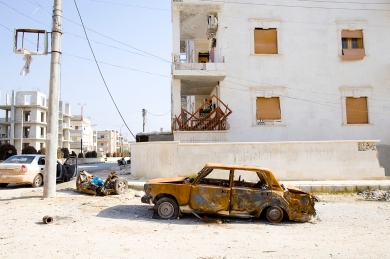 I’ve been back in Syria since Saturday, doing a so-called ‘NGO-run’ with a Danish charity. We’ve been at a few refugee camps and also visited a string of hospitals. Mostly we’ve been in meetings trying to arrange the next batch of emergency relief.

Now I’m back in the country, this time on my own. I am travelling the Idlib province with a group of rebels called the Tawheed Brigade. I am gathering photos as we go along and working on a range of different projects but as I’ve been feeling a little like a photojournalistic cliché lately (that not necessarily meant as a bad thing) I’ve decided to do an old school black and white series for the first blog.

Hope to have some more time soon to get the different pieces together, but right now it’s all loose strings tying them selves together here and there and not always in the right order, so bear with me while I find myself in this mess of a conflict… 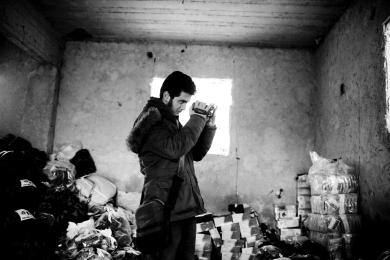 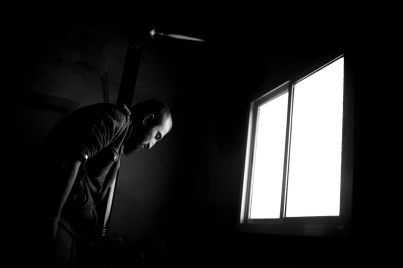 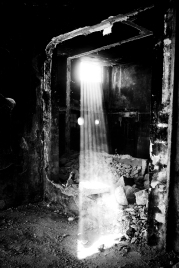 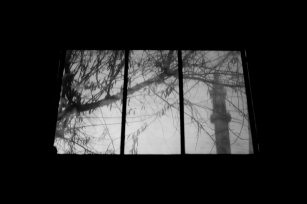 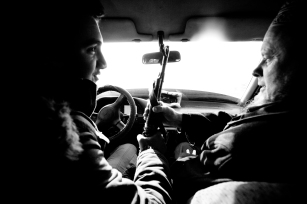 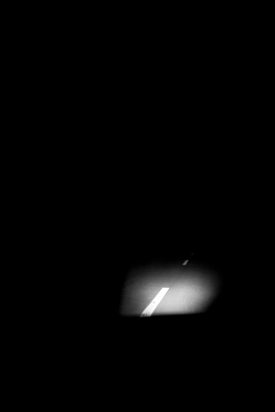 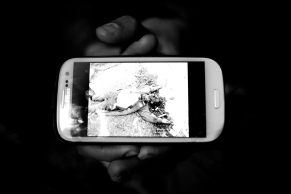 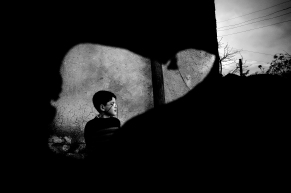 Drinking Tea with the Rebels 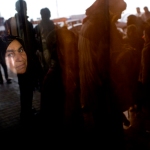 I’m back in Turkey. Hotel. Bed. Facebook. A friend request pops up, name written in Arabic. It turns out it’s a captain in the Free Syrian Army that I met earlier in the day. He’s stationed in Aleppo but has one night off to see his wife and four kids that are in Gaziatep, a large city just 20 kilometers from Kilis, Turkey.

He tells me that I should get to the Syrian city of Azaz tomorrow by 8 a.m. as there should be a funeral for an FSA soldier.

Inside Syria I decide to go straight through the border area and find a car that can take me to town. I negotiate a price of 10 Turkish Lira (£3) and am about to jump in the car as a man in army fatigues carrying a Kalashnikov stops me. I need permission to leave the area and there’s no way around the media center.

While we wait for the media center to wake up the soldiers manning the control post invite me in for breakfast consisting of flat bread with spicy pickles and hot Arab tea cooked on a large gas burner standing between the two beds and a television that frames the room. The sweet tea cheers us all up and I start feeling less grumpy about being withheld. They don’t speak any English and I’ve soon used up my one Arabic word saying “Shukran” (thank you) every time I can get away with it. We still have a good time though and after a while I start playing around with my camera to see what reaction that will bring. As I hoped it doesn’t take long before they are posing and I’m snapping away freely.

It starts to pour. Again. It has been raining almost every single day since I arrived at the border. I curse my suede shoes for the tenth time on this trip, and stop. Realizing that all my worries have a warm bed, a bankcard, wireless Internet and a Christmas full of food and presents waiting just a few hours away. In the meantime a large queue has gathered outside in the rain. Men, women and children are getting drenched as they wait for the weekly handout of diapers…

I meet with my media “escort” from the day before and he tells me that the body of the captain is still in Turkey. They don’t know when he’ll be buried as his mother is on her way to the hospital to say her final goodbyes. Not much to argue about there, so I fold out my umbrella and go exploring in the camp. 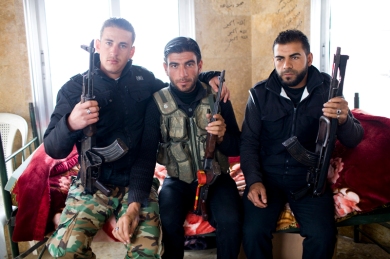 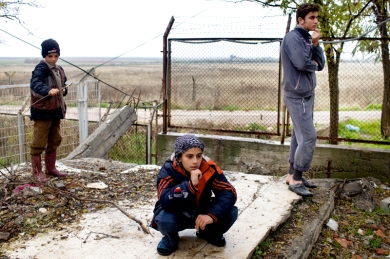 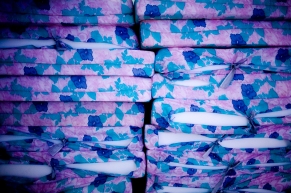 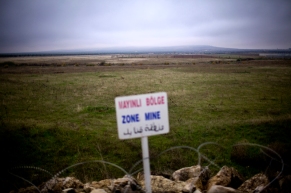 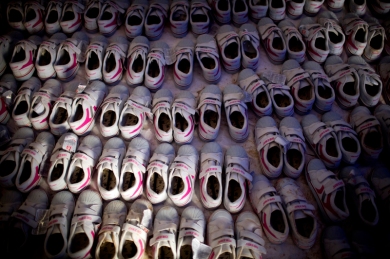 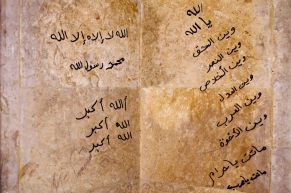 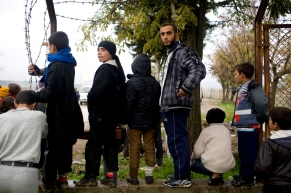 This Damn Weather @ The Photographers Gallery 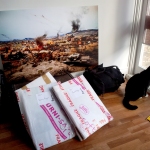 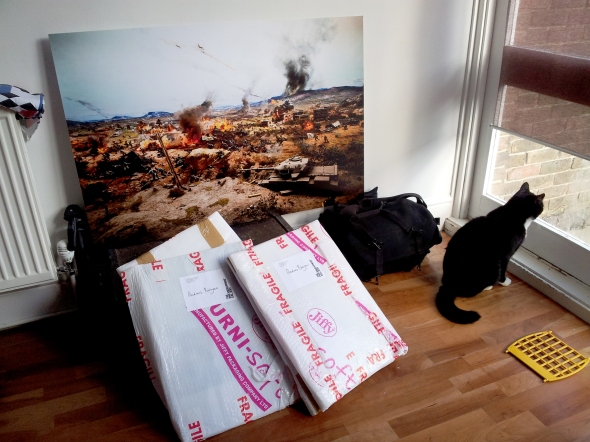 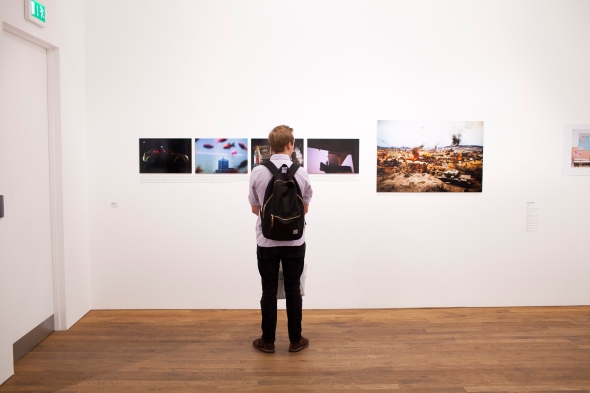 More than 10.000 visitors saw the Fresh Faced + Wild Eyed exhibition at The Photographers Gallery in London in the two weeks it was shown. 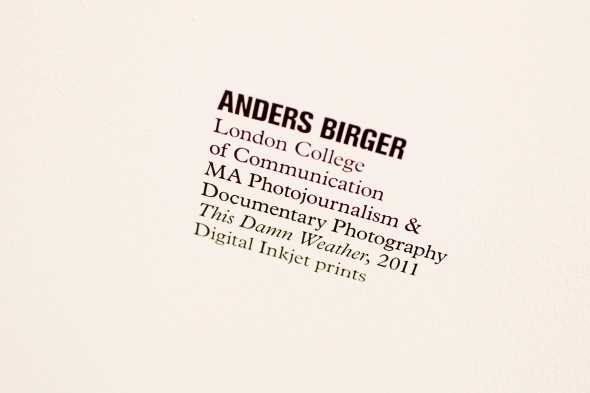 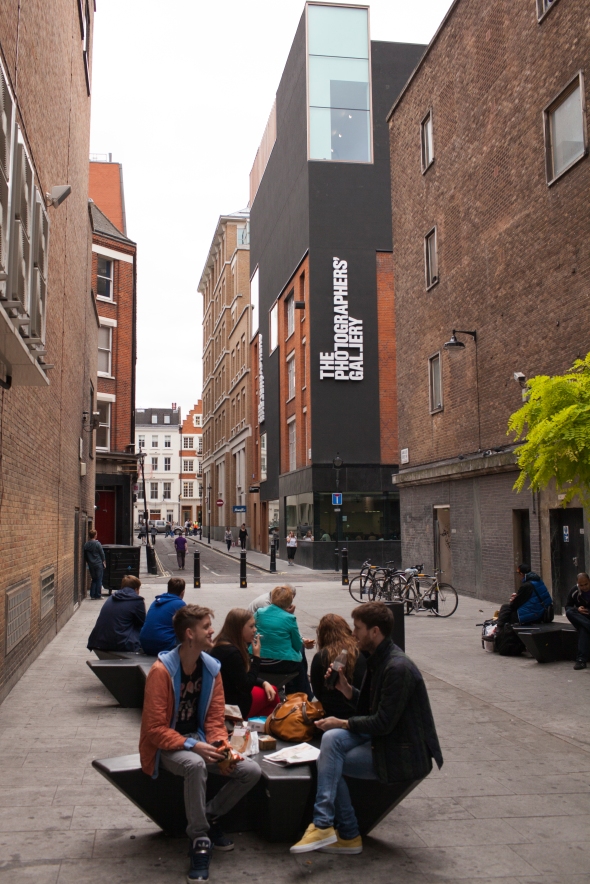 I love the big rooms, natural light and the central location (right next to Oxford Circus) of the gallery. Furthermore they have a quite remarkable book, print and photo brick-a-brack shop in the basement with some real gems. I recently stumbled upon a book signing by Deutsche Börse Photography Prize 2012 shortlist Rinko Kawauchi and acquired her book ‘ILLUMINANCE‘. Beautiful work!

It was a very strong group of photographers exhibited and genres going off in all directions. One of my favorites were Paula Gortázar’s ‘Common Space’ that ‘depicts the interiors of the European Parliament in
Brussels and Strasbourg, an institution which, despite being little understood
or liked by many citizens, is gaining a prominent role in legislating our
everyday European living circumstances.’ (From the website) 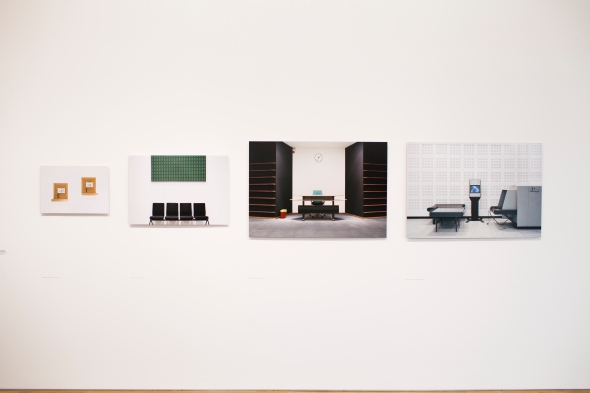 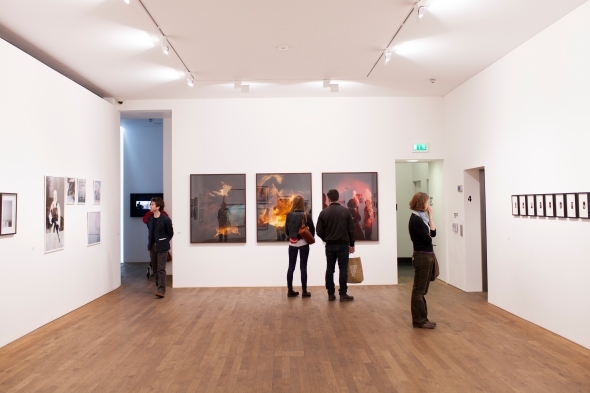 My good friend and fellow photographer Steve Mepsted dropped by the gallery, snapped these two shots and later retold the whole scene to me… 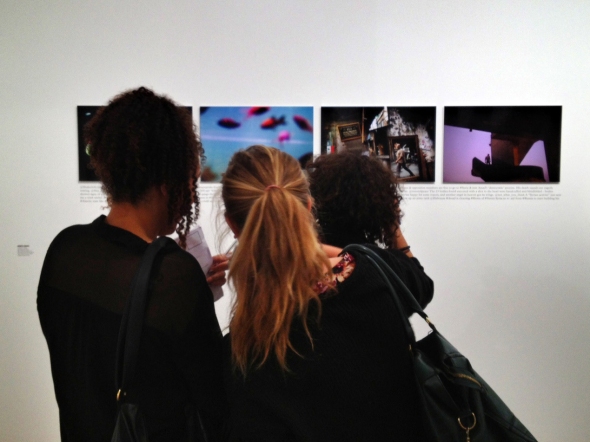 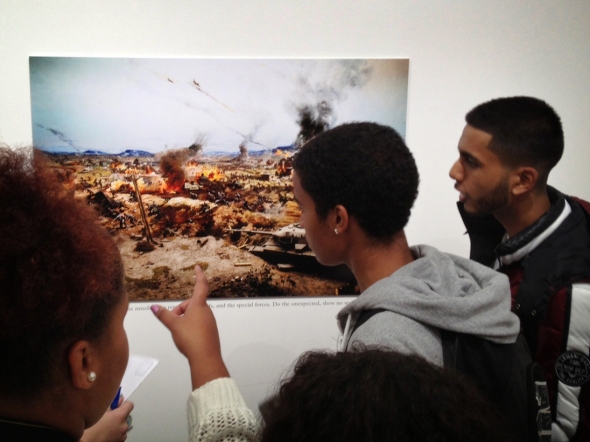 ‘There were a group of kids with their teacher and they were looking at the painted mural image and one boy was saying ‘I swear that’s Photoshop’. The teacher said they didn’t know as the artist wasn’t there. I was able to fill them in on details!! They were delighted and amazed at the image and the boy couldn’t believe it was a painting on such a scale – ‘Shows they’ve got power’ he said!’

Just amazing getting this kind of invaluable feedback! 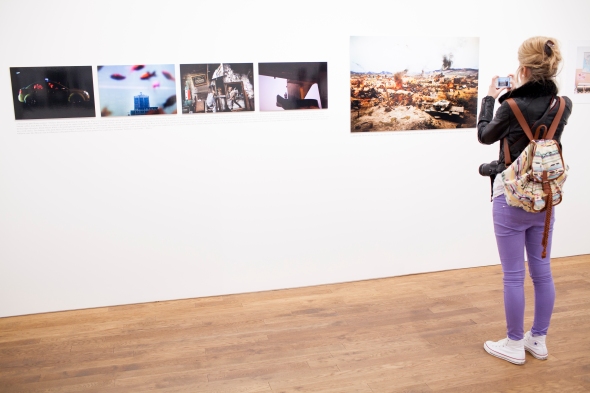 This has been a great experience and I’m truly thankful that I’ve been a part of it. The staff at The Photographers Gallery have done a great job in pulling this together and especially curator Karen McQuaid for getting it all to run smoothly while having to deal with 22 photographers at the same time, not an easy job I would imagine!

I’m now in touch with a range of galleries, working on getting a solo show up and running while I’m preparing for the next leg of this story that includes a trip to Jordan in the near future. More on this next time.